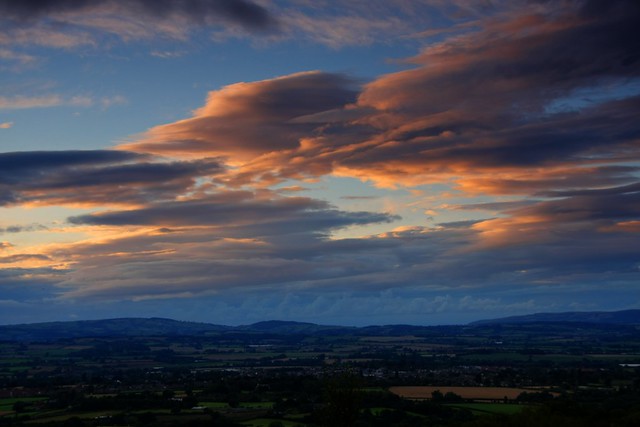 “I’m so sorry,” my wife said as we drove past the Wellesley cinema on our way into Wellington; “looks like I chose a bad one.” We’re building up quite a catalogue of towns just off the M5 these days, on our semi-regular jaunts down country to visit either or both of our families. Usually, as resident geography nerd, I take the initiative about a town to visit as a stop-off en route; it’s not my fault if these typically have some sort of canal connection or industrial heritage (Bridgwater for example, or Tiverton). This time though, my constant charity-shopping companion made the choice out of the various promising destinations on offer at junction 27, and off we came. Quite why Wellington is signposted at this point, requiring a lengthy drive along the A38, when junction 28 is located just outside the town is anyone’s guess, but never mind – the Somerset/Devon border is plenty attractive.

As it turns out, Wellington wasn’t a bad choice at all. At first glance, it’s just one more of a multitude of similar small towns with similar amenities, similar histories and a similar. Wellington features in Anglo-Saxon records as a village in Kilmersdon Hundred owned by the Bishop of Wells, and grew mostly because of it’s handy position on the Bristol to Exeter road – the modern A38. It later became famous for cloth manufacture; for being the seat of one Arthur Wellesley, the first duke of Wellington; and for its connections to the Grand Western Canal and Bristol to Exeter Railway in the first half of the nineteenth century. See? not my fault that there’s a canal connection.

What it means for today is that Wellington is a fairly bustling little Somerset town with a small shopping area, some interesting shops, alleyways and buildings, and a decent place to wile away an hour or two on a journey home. First port of call was lunch, and we stopped at the extremely pleasant Garden Cafe – there’s a garden, as you might guess, with shady benches, but we stopped on the pavement tables. We’re getting used to carting a small dog around with us these days, and the staff here very kindly brought her a big bowl of water, as we munched our toasted tortilla and baguette. Then: on to the charity shops.

The first three of these are found on Fore Street, along from the slightly incongruous South African food shop. Sue Ryder was nice but ordinary; St Margaret’s Hospice was big and stuffed with stuff, including a rather nice Ercol table for a fiver, which has buffed up lovely. Also here is Children’s Hospice South West, which helpfully yielded up a 7″ single of The Specials doing Too Much Too Young, which is nice.

On South Street, just beyond the Wellington Cheese & Wine Shop and across from Artfully Made crocheting shop (it’s that kind of town, clearly) is Oxfam, replete with an antiques shop-looking display out front of various demijohns and contraptions for making fire-logs – plenty of goodies inside too. That just leaves the RSPCA – like the Sue Ryder shop, dog-friendly, only with the addition of a pet equivalent of an auntie – you know, the one that fusses the child, winds them right up then hands them back to their parents. Biscuits definitely exchanged hands/paws, I’m sure of it.

We had a lovely time in Wellington, as it turned out. Sometimes an ordinary little town is just want you need, because really, what is an ordinary town? Everywhere I’ve visited has been unique and memorable in its own way and despite the best efforts of chain pubs, shops, banks and everything else, that’s what our towns remain – each their own place.

Find: Wellington @ Google Maps
Get there: For us, the point was that it’s close to the M5. However- there’s plenty of buses.
Consume with: plenty of options, but we chose the Garden Cafe.
Visit: how about the Wellington Monument, perched on the highest point of the Blackdown Hills to the south of town.
Overall rating: four Ercol tables

One response to “Wellington”